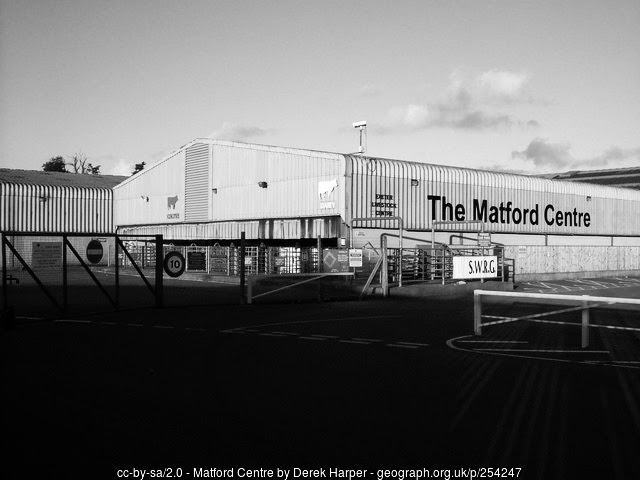 This was my first Garden Railway Show, prompting me to break my blogging silence (to be honest, I have made little progress on the railway over the summer, but I do have a few rolling stock updates to record…)

The show is housed in The Matford Centre, which is a huge single space but was absolutely packed with both exhibits/traders and visitors. High ceilinged is ideal, I guess, when you have lots of live steam; but plenty of space for lots of wheels to be stretched. (It turns out it’s a livestock centre, which is not only why there are hoses mounted next to many of the parking spaces, but also why the doors in the centre bear signs such as ‘prime cattle’).

Obviously no-one can bring their garden to exhibit – so, from that point of view, it’s still an show for ‘indoor’ layouts, albeit in the larger scales and featuring stock that probably does most of its running out of doors (although there was a T scale demo – certainly the smallest scale exhibit!) Similarly, the traders had large scale items that could be used anywhere but would probably be used in the garden! (No one was selling plants…)

I had a short shopping list, but my main focus was on looking out for the budget live steamers on my shortlist – hopefully running, but at least ‘in the metal’ (I’ll post my shortlist very soon, informed by observations from the show.) Many of the layouts were in the nature of a couple of circuits around an operating well, with a few scenic items here or there – but to my surprise, with careful use of the limited scenic space available these often proved highly effective in creating atmospheric scenes through which some beautiful rolling stock could run and be admired.

A couple of the layouts were astonishingly compact – Flagg Fluorspar – an SM32 layout that fits in a car boot – and Pennygilliam Mines – a mixed level G and Gn15 layout. The former has curves of 14” radius, the latter an astonishing 12” (with the inside of the rail filed away). Both run well (though with short wheelbase locos) and the Gn15 is a fascinating extra point of interest creating multi-narrow-gauge operation. Inspiring, though I don’t need the distraction of an indoor 16mm scale layout…

Of the larger layouts, Mendip Vale and High Reaches both oozed atmosphere, and St Genny’s struck an excellent balance between size and operational interest at 3m x 3m. Indian Hills is a fascinating model of the DHR with some beautiful locos running (both in detail and performance) and plenty of wild animals around the terrain they ran through!

I ended up spending well over the 2 hours I promised my non-garden-railway-oriented companion was all I needed. Fortunately, we were not too late for a lunch at the Anchor in Cockwood which offers views of boats, views of the railway, and 20 different ways of preparing mussels.