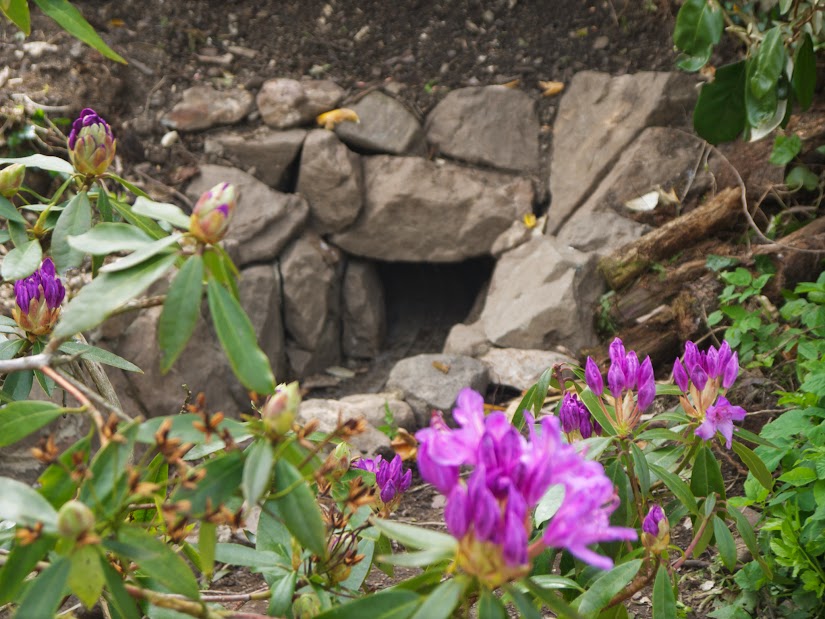 With half the track laid, and one tunnel built, phase one was almost exactly half completed. But I hadn’t yet dug the second (more ambitious) tunnel or cut the turf for the line down the western side of the wall.

Constructing the southern tunnel, I used the same technique as for the northern tunnel.

The reason this was a more ambitious tunnel is that on the western side, it emerges below ground level. I needed to dig and line a cutting for the line to run through.

On the western side of the wall, I dug a shallow trench to fill with a 100mm depth of sub-base.

Constructing the tunnel and cutting was awkward, but going underneath the rhododendron was an even greater challenge, since I wanted to disturb it as little as possible.

I also finally remembered the weed barrier I had bought to line the trackbed before the sub-base went in.

Track laying was slightly more complicated than the first stretch, since closing the gap meant cutting the flex track to fit the gap exactly. I found this relatively easy – using the same xacto saw I use for 00 gauge track.

On 17 May I had completed the circuit. I was ready to run trains. (I just hadn’t finished building the loco yet.)

3 thoughts on “Closing the Loop”