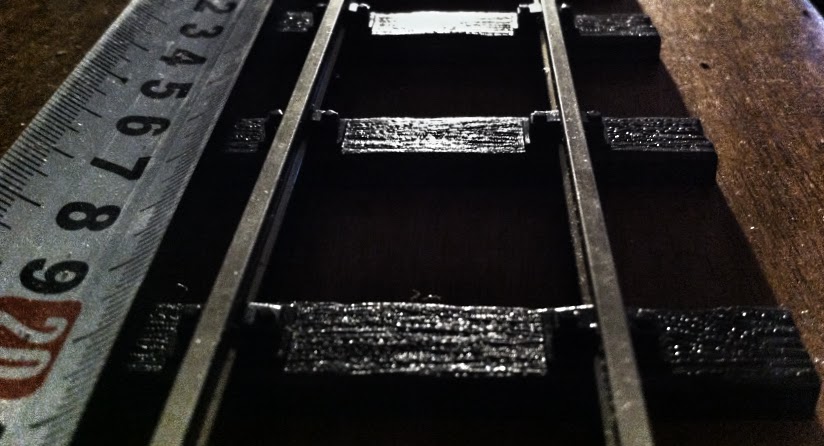 Size matters in the garden – if only because your N gauge train isn’t going to cope very well when it encounters a fall leaf or twig. Some people manage to run 00 gauge outdoors, but generally it’s the larger scales that are popular.

N gauge, and 00 gauge, for the uninitiated, are labels that refer to both the width between the rails (9mm and 16.5mm respectively) and the ratio of the models (2mm and 4mm to the foot). But there are lots of others…

As an indoor modeller, in my ignorance, I tended to dismiss all and any scales bigger than 7mm/ft as gargantuan. But in amongst the plants, these larger scales suddenly became very appealing, and I needed to educate myself. Unfortunately (or fortunately) there are as many subtle variations and flavours in the larger scales as there are in the smaller; there was a lot more to learn than I realised and I don’t think I’m finished yet! To add to the confusion, scales are referred to by different names – for example, G scale actually represents a family of scales, and odd-but-standard metric-imperial convention of mm to the foot is often discarded in favour of alternatives, such as 1:20.3 or 7/8th scales.

So forgive a slightly dry post, but my aim is to boil down a simple progression of the scales and gauges at the larger end of railway modelling, both as a reference for myself and, hopefully, as a useful primer for others.

First : a quick word about gauges. Standard gauge rails are four foot eight-and-a-half inches apart. While most UK railways were built to this gauge, which offers interchangability of rolling stock, some railways were built to smaller gauges. These smaller gauges enable tighter radius curves. This means that by modelling narrow gauge you can actually fit more in the space that you might even in a smaller scale. So, for example, 0-16.5 (which is 7mm/ft running on 00 track, i.e. 16.5mm gauge) offers a larger scale than 00 yet much tighter curves (down to 12” or less) than 00 are possible. As with standard gauge, the tightest curves are only suitable to industrial settings where short wheelbase locos would be used, and curves would be much gentler on the mainline. Never-the-less, narrow gauge offers an attractive way to model in larger scales without needing acres of space – and that’s even if you don’t get steamed up by the charm of the delightful prototypes!

So here’s my summary, in which I’ve tried to include the most popular – or at least, those that seem to be most talked about. Please let me know of any mistakes, and help me to fill in any missing bits of information if you can!

I was quickly won over by the relatively common 16mm/ft scale, and in particular SM32 gauge which uses 32mm gauge track (that’s the same as 0 gauge) to represent the 2’ gauge prototype. I have been occasionally tempted to use the same gauge but in 1:12 scale to represent 15” gauge, having seen some very charming layouts. Estate railways, which is what my garden effort will sort of be, were often build to this gauge. But my fondness for the industrial narrow gauge locos I’ve seen at Amberley Chalk Pits, and on the Welsh narrow gauge, means the 2’ gauge wins out.

6 thoughts on “Scale and Gauge”