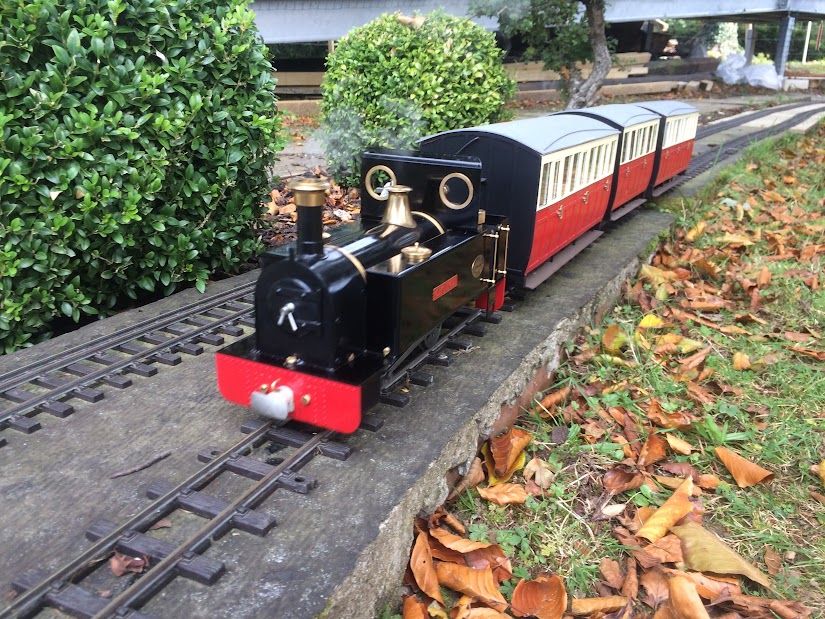 Another update from this Summer: As well as getting plates for No 1 Gannet I commissioned name plates from Narrow Planet for the Roundhouse Millie, so she is now named Chough, after another local bird I am always happy to see*.

Chough also has a Mike’s Marvellous Models driver, also painted by my sister (the polka dots on her headscarf were inspired, I thought).

I’ve already mentioned a few bits of bling I’ve added to Chough, but there are several other cosmetic improvements I have failed to get round to: painting the couplings, coupling rods and boiler filler caps; matt finish on the tank tops (and maybe toning down the paintwork generally); and perhaps a couple of extra boiler bands and cab steps from locoworks. I also need to hide the gas tank with a coal bunker. All this has taken second place to fitting a Regner whistle, which will be the subject of a post in its own right!

But mostly I’ve just been having fun playing trains! I’ve already mentioned a visit to the B.U.R.P.S.

*And yes, because I can’t resist a bad pun.