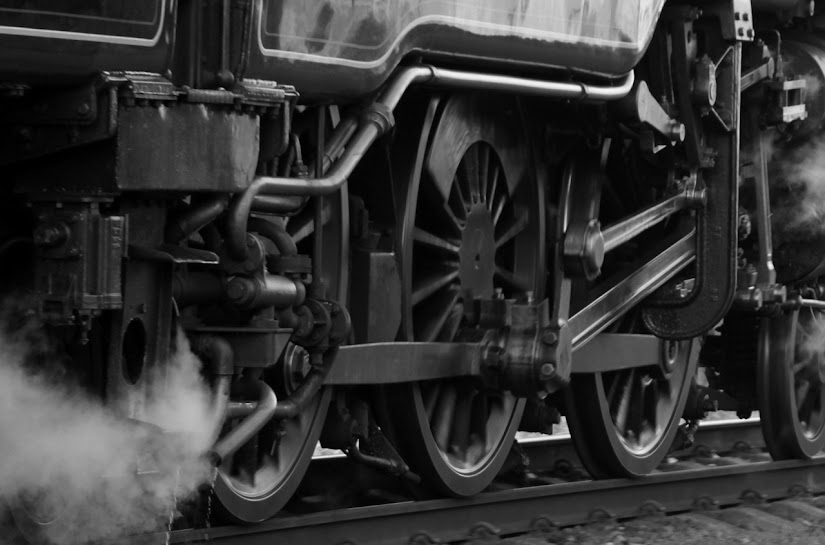 Some readers have been a bit reticent to give their opinions on my shortlist of live steam locos! I realised my rather dry summary of the specs might not be enough – I needed to see the locos in action and so do you. Fortunately, there are some rather good videos out there. Please, watch them, and give me your thoughts!

She’s filmed there by Chris Bird, running Roy Wood’s line. She’s fitted with a chuffer, and seems to run well slowly with a heavy train. (Another Chris Bird video, and one by Roy Wood)

It’s a short clip, but long enough to see how superbly slow this geared loco runs even with a light train.

Look at the way the geared Konrad takes that incline. Impressive.

Another film from Chris Bird who makes amazing videos (as well as Summerlands Chuffers, one of which is fitted to this Millie). This is on his own line. None of the above locos can easily be radio controlled, but Millie can. For fair comparison, I’ve tried to find videos without R/C but I think I failed in this case.

Watch from 1’59”. It’s another Chris Bird video – Bertie is fitted with a chuffer. This is a new loco; Roundhouse locos apparently need quite a bit of ‘running in’ to perform their best.

Watch from 6’10” – Chris Bird again – there’s a comparison of Ragleth with and without chuffer.

Those are the contenders.

But I thought I’d just include one more clip. It’s not a contender because (with R/C and slomo) it is more than 3 time my budget. It is an incredible performance, though, again filmed by Chris Bird, and it sets the bar for slow running. It’s ruined everything else! But it’s a pleasure to watch:

More Roundhouse Katie with slomo, and even more.

4 thoughts on “The Candidates in Steam”